With the arrival of 1.24 million doses of AZ vaccine provided by the Japanese government, vaccination efforts ramped up across Taiwan. False and suspicious narratives related to vaccine and vaccination have been observed during the first 2 weeks of June.

The CCP continues to use vaccines as a propaganda tool against Taiwan. The tone has shifted from harsh criticism in May to softer appeal in the first 2 weeks of June. In our last Weekly, IORG has observed narratives such as “America hasn’t sold vaccines to Taiwan” and “DPP not buying Chinese vaccines is being possessed by political demons” being spread by CPP agents to divide Taiwan-U.S. relations and criticize the Taiwan government. In this Weekly, IORG identifies the theme of “Taiwanese going to China to get vaccinated.” As an example, Chinese state media Global Times cited Taiwanese businessman XU Zheng-wen (徐正文) saying that “getting vaccinated in China is safer and more convenient than in America.” A spokesperson of China’s Taiwan Affairs Office (TAO) also claimed that “62,000 Taiwanese have already been vaccinated in China.”

XU Zheng-wen (徐正文) is a former member of Kuomingtang’s Central Committee and a former guest member of CCP’s Beijing Municipal Committee. He provoked controversy in February 2020 by inserting people who have contracted COVID-19 into a designated plane heading back to Taiwan.

According to IORG’s Archive, at least 320 Facebook posts from Mandarin Facebook pages mentioned “Taiwanese going to China to get vaccinated” during the first 2 weeks of June. Also, at least 162 posts mentioned Taiwanese singers and actors going to China to get vaccinated, 129 of them (79.63%) mentioned Jam Hsiao (蕭敬騰). These vaccinations echo the CCP’s narrative and might influence the perception of the Taiwanese public towards getting vaccinated in China.

In the last Weekly, IORG has advised caution on continued appearance of vaccine-related suspicious narratives. During the first 2 weeks of June, we have found 2 containing false information: “Japanese Foreign Minister says Taiwan doesn’t need many vaccines,” “Taiwan-produced Medigen vaccine and Moderna are like twins from the same origin”, and 1 containing suspicious information: “U.S. company Blackwater invested in the R&D of Taiwanese vaccine UB-612.” In particular, the Blackwater-related narrative falsely cites a Reuters report and accuses the U.S. of using Taiwanese people as test subjects for vaccine R&D. These false and suspicious narratives could affect the perception of vaccines among the general public in Taiwan.

IORG would like to kindly alert our readers the possible occurrences of information manipulation related to “Do not take Japanese vaccines,” “Do not take Taiwanese vaccines,” or “Vaccine distribution is unfair.” As Japan’s Foreign Minister plans to provide additional vaccines to Taiwan, narratives that these vaccines are “leftovers,” “expired,” “unsafe,” or “deadly” might continue to appear. As the Taiwan-produced Medigen vaccine has concluded its phase 2 testing, narratives that it is “unsafe” and “unrecognized by other countries” can lead to rejection of vaccination, affecting the effectiveness of epidemic prevention. Like always, IORG advises healthy skepticism and careful fact-checking. 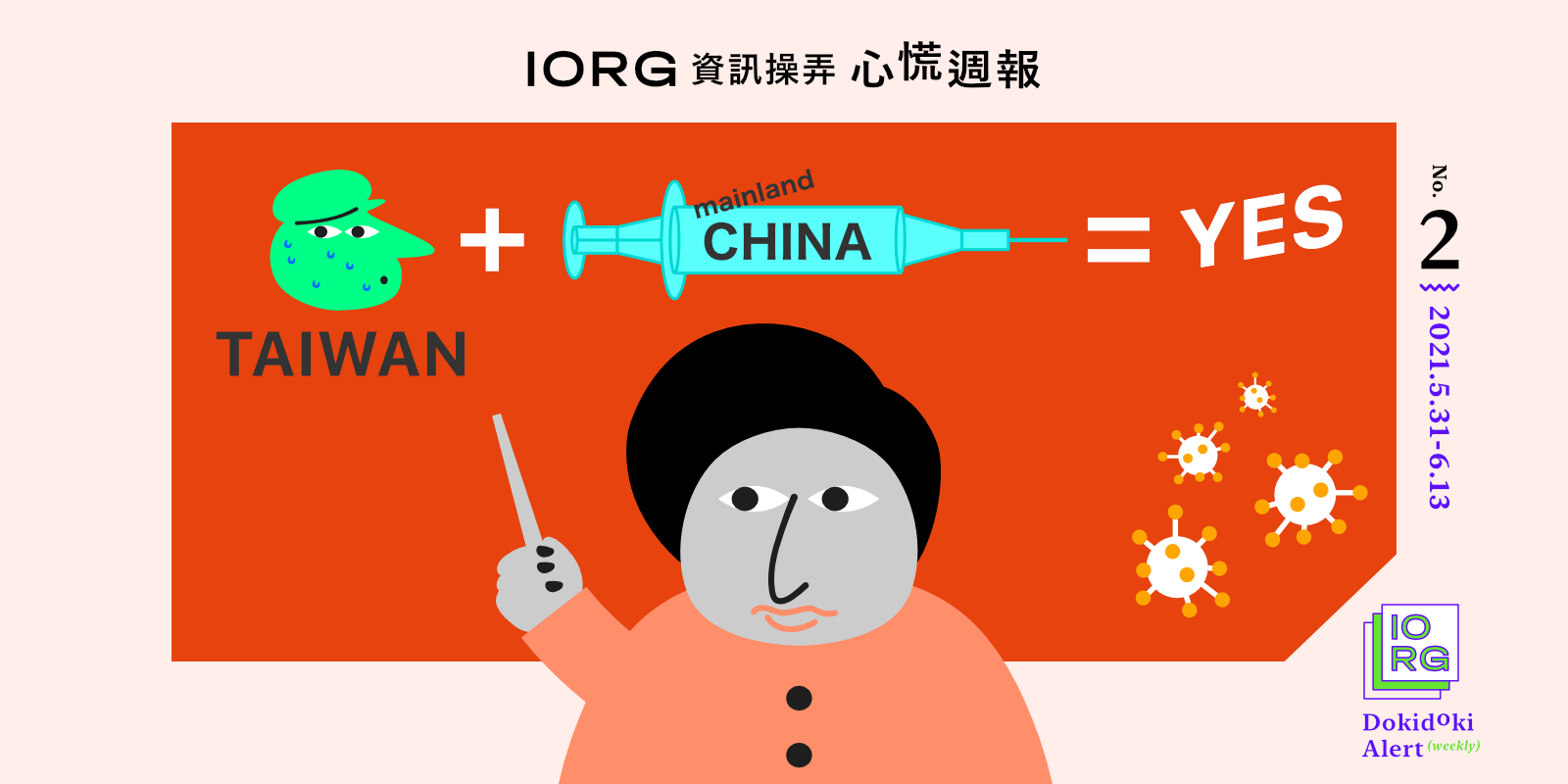