According to IORG’s database, the most popular topics of last week were “restriction micro-relaxation” (colloquially “微解封”, to partially relax restrictions) and “vaccination registration.”

At 18:43 July 9th, a LINE message related to South Korea’s relaxation of COVID-19 restrictions appeared on Cofacts, containing false information that “almost 50% of the Korean population has received the first dose of vaccine,” and “30% are fully vaccinated.”

According to IORG’s database, LINE messages regarding Korea’s first-dose coverage appeared at least 50 times last week in as many as 21 unique variations, which can be grouped into 4 categories: Alpha, Beta, Gamma, and Delta. Common features among these categories are the false information that “Korea’s first-dose vaccination is almost complete,” “second-dose at almost 30%,” and “restriction micro-relaxation for 3 days.” Also, only messages of the Delta category corrected a typo appearing in all other 3 categories. Messages with “careful edits” were also found, including the addition of links to legitimate news reports, confirmed case numbers of Asian countries, or enhancements of typography. Based on the data we collect, IORG is able to observe and categorize differences among these messages, yet the motivation behind still awaits further research.

In the 2nd Weekly, IORG shared a narrative of Chinese propaganda during the pandemic: “Taiwanese going to China to get vaccinated.” Following this thread, we have found “Taiwanese going to Chinese embassies to get vaccinated” in this Weekly. This narrative has appeared in a video of YouTube channel “HistoryBro” (高雄歷史哥) and was picked up and disseminated by Chinese state media Huanqiu Net (环球网), PRC’s Taiwan Affairs Office, and other Chinese media outlets. IORG considers this shift in narrative a reflection of the gradual increase in the number of vaccines available within Taiwan, and the possible decrease of attractiveness in “going to China to get vaccinated.” Accordingly, China shifts its attention to the overseas Taiwanese unprotected by domestic vaccine supply, and uses its “Spring Sprout” (春苗) vaccination program to highlight its grand demeanor of “helping Chinese people around the world.” However, according to IORG’s database, there were only 6 posts from Mandarin Facebook pages sharing this narrative.

On July 5th, Japan’s Deputy Prime Minister said the country needed to defend Taiwan with the U.S. if the island was invaded by China. IORG found multiple occurrences of clustered posting while observing CCP reactions and the dissemination of related narratives.

According to our database, 9 Facebook pages, with names starting with “Global Chinese” (全球華人), were involved in 13 clustered posting events, sharing articles from “qiqi” content farms (domain name containing “qiqi” and names containing “琪琪” or “琦琦”). The Reporter in 2019 has reported that content farms and Facebook pages with names containing “Qi-qi” (琪琪) or “Global Chinese” (全球華人) belonged to the same operation. While the names are similar to those uncovered by IORG in this Weekly, further investigations are required to confirm their connections. Clustered posting is a behavioral pattern regardless of content. IORG will continue to study the relationship between clustered posting and information manipulation.

Finally, IORG again cautions suspicious narratives related to vaccines. Messages accusing AZ vaccines from Japan are not “certified” by WHO, problematic, or ill-intentioned continue to appear, as well as false claims that the Japanese AZ vaccines use ingredients from India. After the signing of contracts between Chinese vaccine manufacturers and COVAX, IORG expects narratives regarding “DPP’s blocking of Chinese vaccines from COVAX” to appear. Readers should stay alert. 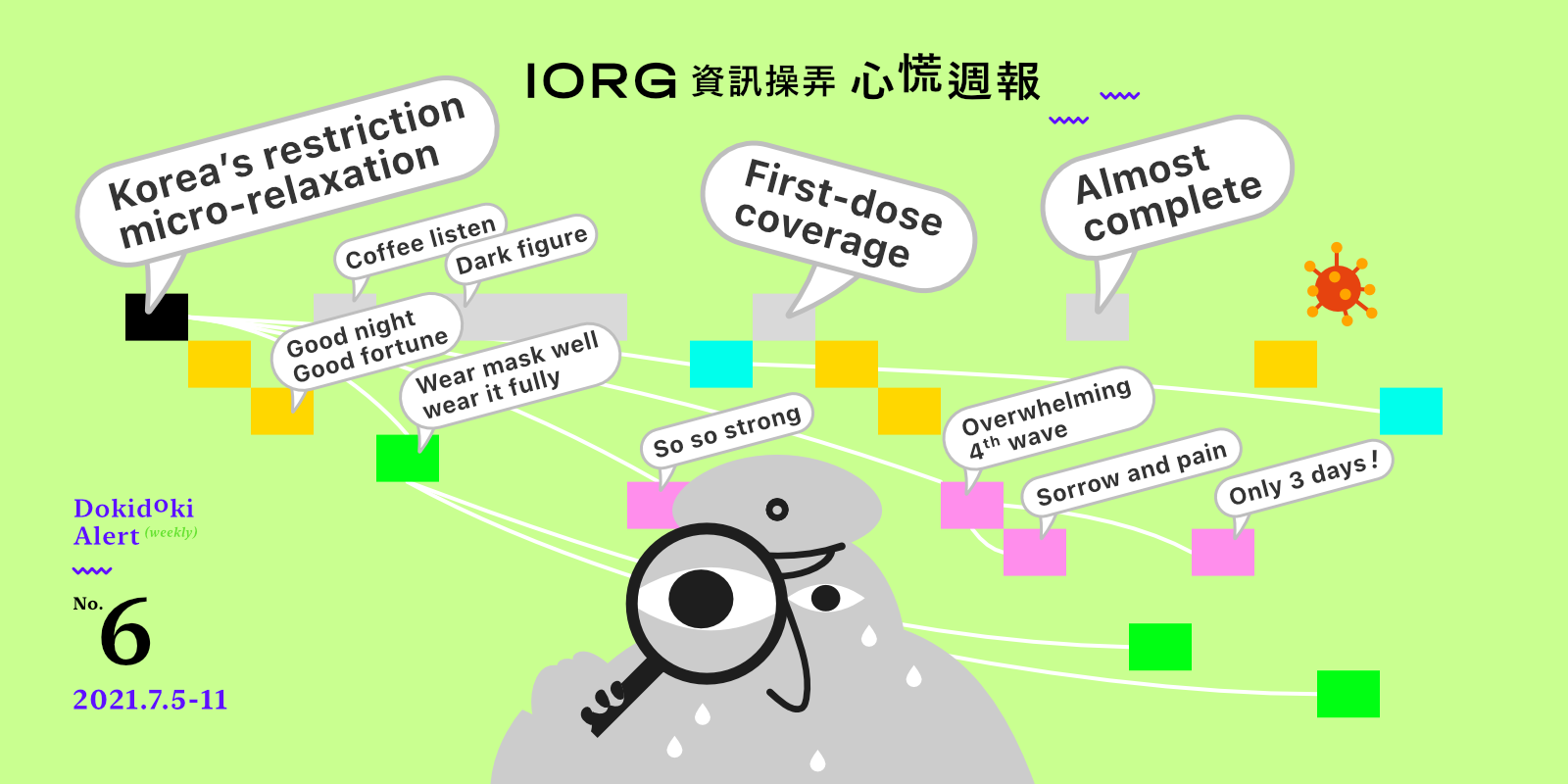