Last week, the most popular topics on Facebook fan pages and media reports were the Olympics and flooding. Related to the Olympics, the treatment of Taiwan’s Olympics athletes and the Olympics games themselves were the most discussed issues. Related to flooding were the floods in Zhengzhou (郑州), China, and the typhoon alerts in Taiwan.

In this Weekly, IORG investigated a false message which fabricated a speech of the former U.S. President Barack Obama saying that “coronavirus was made by the U.S. with the purpose to exterminate Chinese people.” This message originated from an article published on a website titled “Five Gods of Wealth News” (五路財神報), which is managed by Chinese Association of Cross-Strait Urban Green Agricultural Economic Tourism Industry (中華兩岸城鎮綠色農經觀光產業協會). The director of the website “Ren Ge” (任歌) is the founder of the association Ren Pei-hou (任培厚) X-875A-MHCB. Ren has many titles. He is the founding president of a political party “World Sun Yat-Sen Plum Blossom Alliance” (世界孫中山梅花聯盟) X-87LD-ODKN, a founding member of another party “Chinese Taiwanese Businessmen Patriotic Party” (中華台商愛國黨) and served as its secretary-general (the party was dissolved in 2018). In 2020, he was the chief campaign manager of legislator candidate Li Ke-kuen (李克焜), who ran in Mazu representing the party “Congress Party Alliance” (國會政黨聯盟). In September 2020, he participated in the 12th Straits Forum X-87ES-TONA, an annual forum started in 2009, headlined by the head of CPPCC every year. Recently, Ren has helped arrange Taiwanese people going to China and get vaccinated X-87CZ-AA9E.

In IORG’s 2020 research report (D.4), we wrote that the dependency of personal connections and exchange of interests with Chinese entities could make Taiwanes businesspersons vulnerable to Chinese interpersonal infiltration. Ren’s case seems to be an example. Situated in a China-friendly interpersonal network, Ren has the ability to operate media outlets, form political parties, run for offices, promote cross-strait economic cooperations and exchanges. Ren’s position as a middleman makes him a potential local collaborator that amplifies China’s influence in Taiwan.

According to IORG’s database, there were 4 Facebook posts and at least 15 messages from at least 10 LINE groups containing this false “Obama” message last week. Link to the “Five Gods of Wealth News” article can be found in all of them.

In addition to that, between May 1st and July 25th, IORG has found at least 90 messages spreading a false narrative that “vaccines are useless against coronavirus variants.” We have identified 39 unique versions of this false narrative. Commonly-observed features include starting the message with an appeal to authority, such as “Message from Singapore”, “Medical examiner Gau Da-cheng” (高大成) or “My doctor friend said.” Another feature is that the content of these messages reflects the most current events in Taiwan.

Finally, IORG expects continuous appearances of suspicious narratives related to, or discouraging people from getting different vaccines. As the pandemic alert level was downgraded to 2, relevant regulations could be the target of information manipulation as well. Stay alert. 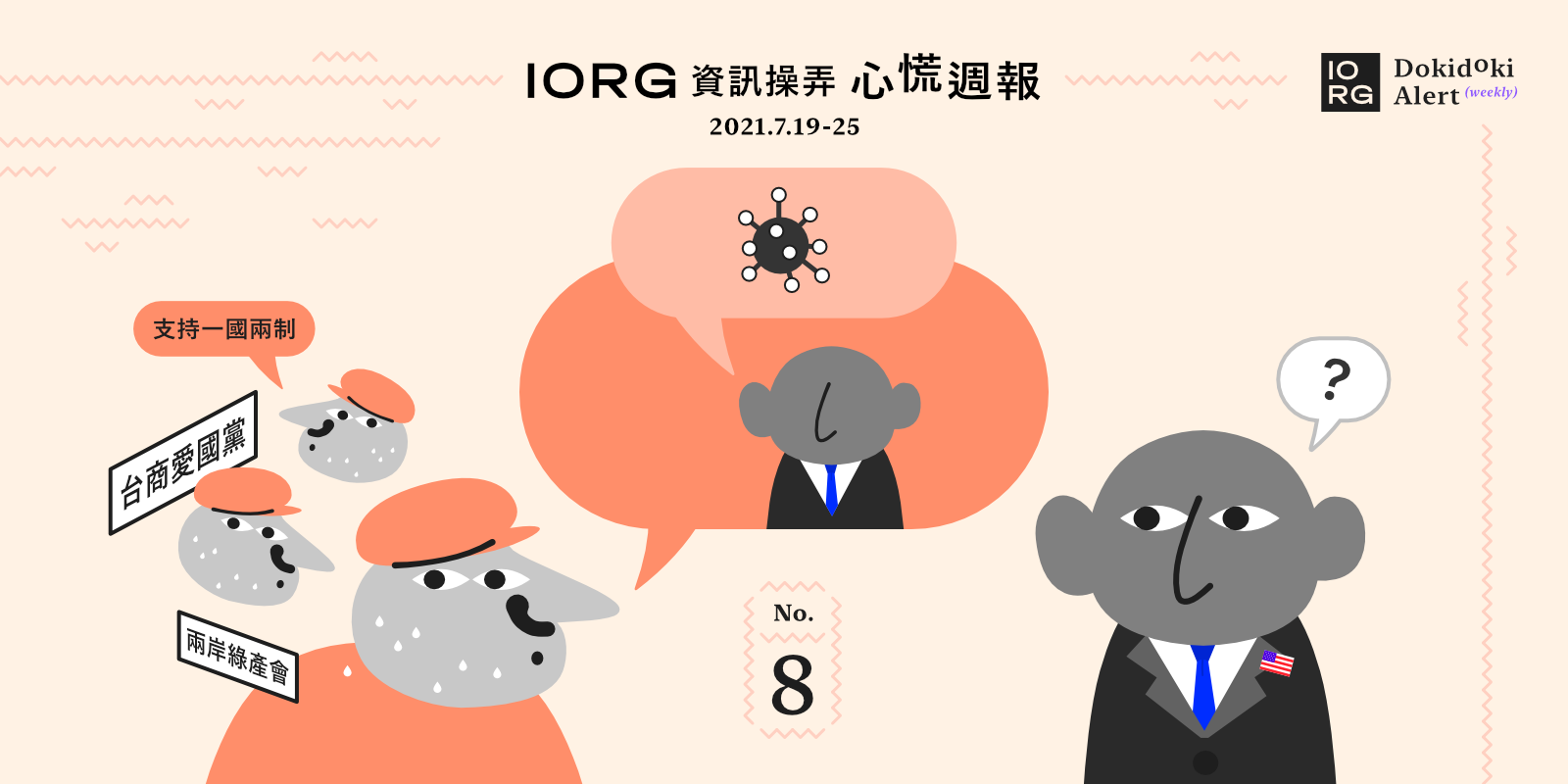