On Dec 7th, IORG held an online discussion, gathering researchers from fields across data science, cross-border conflict, and national security to exchange views on disinformation and information operation studies. In the discussions, participants highlighted the importance of open data as a cornerstone of information manipulation research as well as a manifestation of a collective defense of democracy. Scholars also recognize that civic participation initiatives such as workshops can connect researchers with the general public and increase public awareness on relevant topics.

Taiwan is the main target of China’s disinformation campaign, while its fingerprints can also be seen at Rukban refugee camp in Syria. In the face of the expanding authoritarianism, Colette Mazzucelli, Professor at NYU International Relations, pointed out that only by strengthening civil society and democratic resilience can we effectively counter such expansion. Regarding future research, Nick Monaco, Director of the Digital Intelligence Lab at IFTF, proposed to establish standards of responsible attribution and responsible speculation. IORG will work to refine data research methods, propose an open framework for information manipulation study, connect scholars and experts worldwide and share our “Taiwan experience.”

IORG, a Taiwanese research group on Chinese influence operations, held an online discussion on Dec. 7th, gathering scholars and researchers from various fields at home and abroad to exchange views on disinformation and information operation studies. Participants include Nick Monaco, director of the Digital Intelligence Lab at the Institute for The Future (IFTF); Colette Mazzucelli, professor at NYU International Relations Master Program; and Corrinne Zoli, director of research for the Institute for Security Policy and Law at Syracuse University. 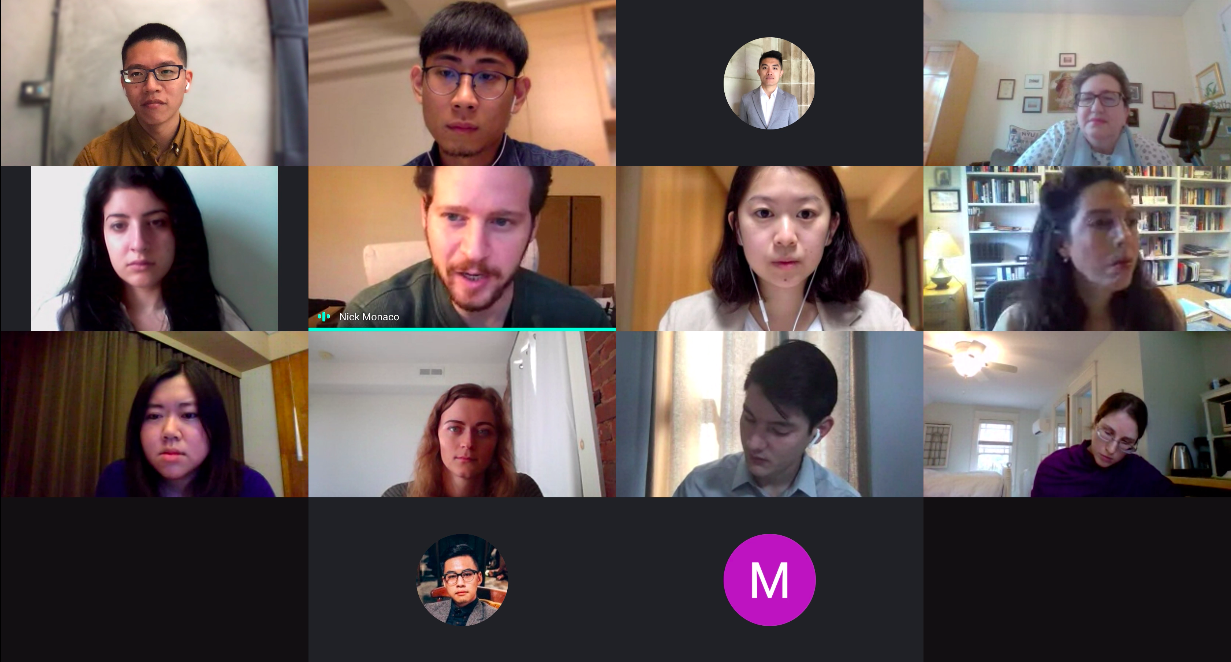 IORG presents its latest research report at the online discussion, pointing out three disinformation narratives during the pandemic: “U.S. influenza is deadlier than COVID-19”, “U.S. spreads coronavirus at Wuhan Military World Games”, and “U.S. influenza is COVID-19.” Evidence of the involvement of the CCP or its affiliated organizations is revealed in the report. China’s Foreign Ministry Spokesperson Zhao Lijian (趙立堅) even integrates the above three narratives into one statement and help propagate and reinforce related conspiracy theories. In a tweet, Zhao says the U.S. owes the world an explanation.

Monaco shares his experience in the study of disinformation. Monaco points out that the report jointly released by IFTF, Graphika, and International Republican Institute (IRI) in May, proves the fact that China spreads disinformation of “the virus originates from the United States.” The report reveals that during the 2020 Taiwan presidential election, China uses bots to spread disinformation in Taiwan. Content farms from Malaysia also help promote related disinformation during the period. According to Monaco, these actions are harmful to the operation of democratic system. They aim to sow distrust among people and to delegitimize current administration and government entities, including Taiwan’s Central Election Commission. Monaco also points out that the direct involvement of Chinese officials in information manipulation is a new phenomenon in 2020. The conclusion echoes the important finding of IORG report.

Mazzucelli follows to share an academic partnership with Syrian Emergency Task Force ( SETF ) at Rukban refugee camp in Syria. Camp Rukban faces serious disinformation attacks, which is mainly from Russia and in convergence with narratives from China and Iran's. Disinformation includes “the US is training terrorists in Rukban.” 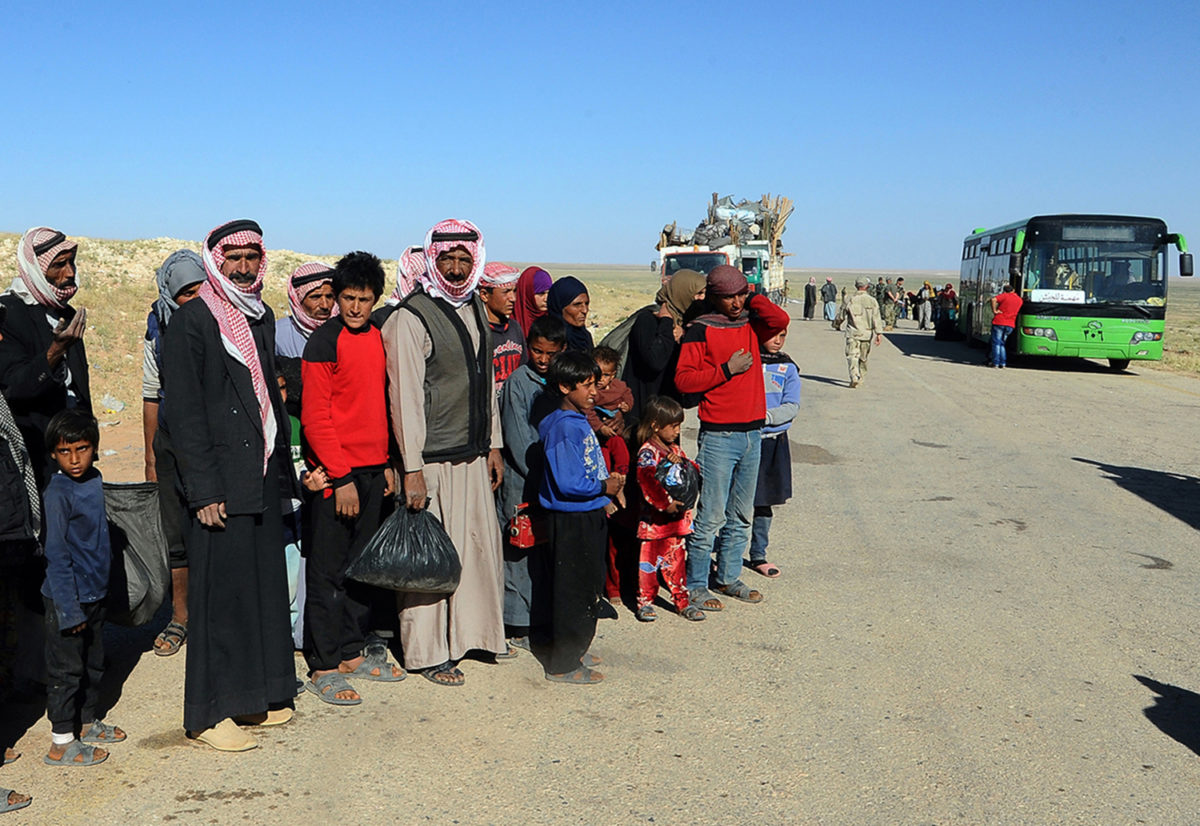 Fingerprints of China’s information manipulation is evident. In September, Jamestown Foundation, a Washington D.C.-based think tank, issued a report, estimating the annual budget of CCP’s United Front Work Department to be approximately US$2.6 billion. The United Front works receive large budgets and resources from the Chinese government. While for non-government organizations to prove China’s direct involvement behind the disinformation campaign and attribute one disinformation to the CCP, it requires collecting large amounts of data, ranging from messages on the internet, social media platforms, and instant messaging groups. During the panel session, IORG and IFTF exchanged research experiences on data collection and research methodology.

The first step to analyze the content of manipulated information and how they disseminate is to obtain message data on important social platforms such as Facebook and LINE. IORG and IFTF point out that Taiwan’s open-source databases, 0archive and Cofacts, which are created by the civic hacking group g0v, are the foundations for the research. In other words, the open-source community in Taiwan is the manifestation of democratic value, and its open-source data is the key element to the defense of democracy.

In addition to the messages on open social media platforms, data from closed messaging groups are also the essential parts in understanding the environment of Taiwan's information space. While their data collection is relatively hard. To make up the shortfall of open-source databases, IORG has established local research teams to join closed groups and report suspicious message contents, said Yu. While Monaco adds that “it’s just a tip of the iceberg, the sample size we have is probably way less than one percent of all LINE data.” How to collect data without violating research ethics is the common challenge facing information manipulation research.

In terms of data collection, in the study of disinformation in camp Ruban, it begins with the local “engagement of SETF,” said Mazzucelli. The partnership program with SETF also ensures the data is “available to the policy community, media, and researcher.” She points out SETF's work to combat disinformation in Rukban shows that strengthening civil society and democratic resilience, and building healthy nodes within the community, can effectively cease the spread of disinformation. As people at the Rukban camp lack resources and a deep understanding of democracy, this work often relies on external forces or organizations. Yet, the strong civic participation is shown in the case of Taiwan. Civil society advocates for open data, which builds a communication foundation that bases on “facts” and reinforces social connections. The information manipulation research that roots in open-source data also creates positive feedback to strengthen the democratic system.

As for the report, participants come to the consensus that clarifying scope of terms is the urgent task. As the study of information manipulation is relatively new and involves multiple academic disciplines, standardized definitions of related terms—including information manipulation, information warfare, disinformation, and counterintelligence— are yet to exist. And in response to IORG’s research principle, which adheres to using publicly verifiable scientific methods to confirm information manipulation, Monaco proposed to establish standards for “responsible attribution” and “responsible speculation.” In the betterment of research quality, IORG will continue to exchange with Monaco and scholars at home and abroad to propose an open framework for related studies.

Taiwan is at the front line of the world’s information manipulation battlefield. The survival of the Rukban refugees is also threatened by disinformation. By establishing various connections and partnerships that are based on scientific research, civil society can counter information manipulation with soft power. For example, SETF maintains close contact with news agencies in the United States to correct false information, siad Mazzucelli. In the past year, IORG has also engaged the research with the general public by holding workshops across the country. Not only to share the research results, but also to promote media and information literacy. Zoli recognizes that IORG's work assists the improvement of the quality of public discussion. While she also reminds the importance of ensuring “proactive” and “inclusiveness” during the process.

In the response to Covid-19, Taiwan has established a “Taiwan Model,” which is praised and studied by media and scholars from various countries. With this regard, connecting the world and to complete an open and inclusive “Taiwan experience,” defending information space and democracy, will continue to be the goal of IORG.