The Olympics and the pandemic are the most talked about topics of last week. Among pandemic-related issues, “Indoor dining in Taipei Metropolitan Area”, “COVID-19 outbreaks in China”, ”5x stimulus vouchers”, “vaccines inspection and sealing”, “teahouses’ reopening in Taipei” are the most popular. Aside from the games, “Small S for Taiwan independence” and “Mirage fighter jets accompanying Taiwan’s Olympians” are the 2 most popular issues related to the Olympics.

To close, suspicious or false information on “don’t get vaccinated” continues to appear. To reduce risks of infection and severe symptoms, IORG would like to encourage our readers to receive government-approved vaccines after medical consultation. Also, please stay alert for possible suspicious information on the “5x stimulus vouchers” and the lambda variant. Verify before sharing. Be mindful of information manipulation. 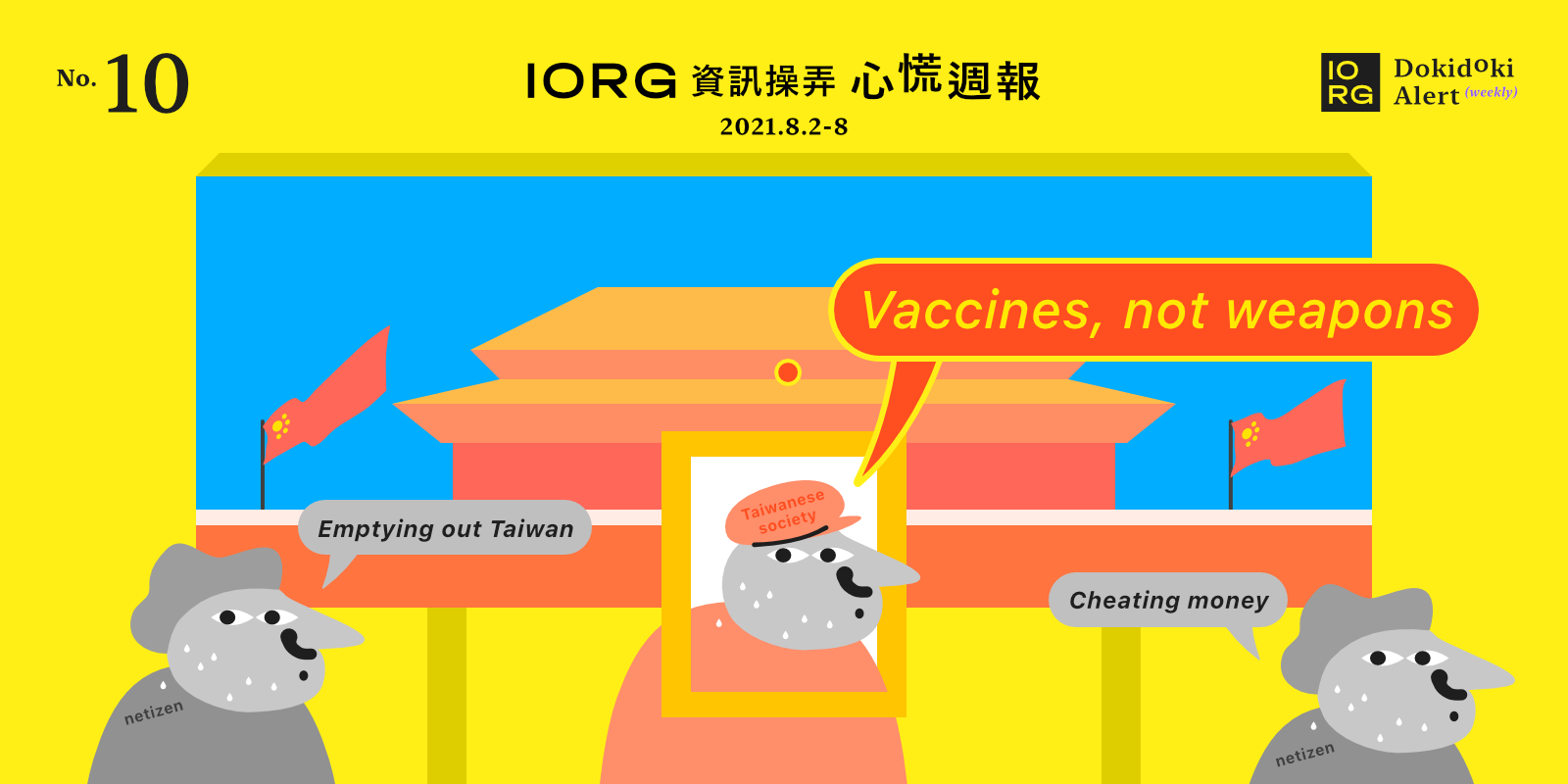