As a follow up to tha last, in this Dokidoki Alert, we conduct an in-depth analysis on the “liveliness” and “content source” of 4 vaccines – AZ, Moderna, Medigen, and BNT – in and across 4 data sources – Facebook, Taiwan’s news media, CCP outlets, and Weibo. Key findings are as followed: 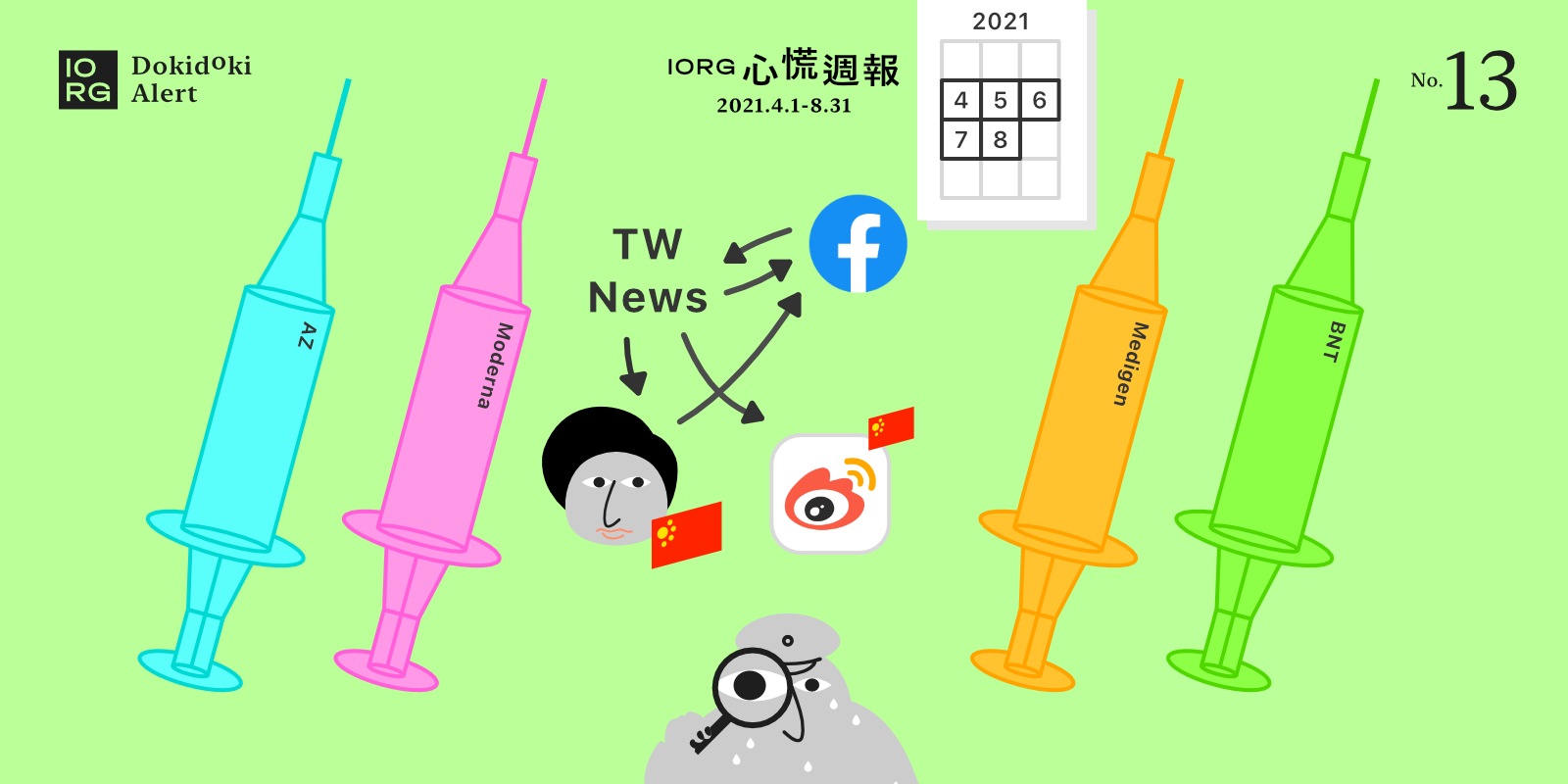 Full version of this Dokidoki Alert is available in Taiwanese Mandarin. Please visit https://iorg.tw/da/13 for more.