In this week’s Dokidoki Alert, IORG lists 3 suspicious narratives, plus updates on 2 of the narratives from last week. Stay alert.

The sudden deaths after vaccination was one of the hot topics of last week. According to IORG’s database, there are 3,555 related Facebook posts from Mandarin pages between June 14th and 20th. Although Taiwan’s Central Epidemic Command Center (CECC) said the causality between death and vaccination needs to be verified, the decrease in the number of people getting vaccinated already reflects the public’s hesitation.

“Vaccines are a biochemical weapon,” a conspiracy theory that appeared last week might deepen people’s concern on vaccines. Since June 12th, messages X-G308-D93N containing words like “the inventor of mRNA vaccine platform Dr. Robert Malone regrets getting vaccinated with Moderna” started to appear. Similar content also showed up on PTT X-G3SS-9CRT and United Daily News X-G37H-OAYP. Soon after, narratives such as “The U.S. Supreme Court has canceled universal vaccination” and “Vaccines are a biochemical and genocidal weapon” started to emerge, warning people not to get vaccinated. In 2020, IORG’s research report included a conspiracy theory saying that COVID-19 virus is a biochemical weapon fabricated by the U.S. Both conspiracy theories used sources that are unverifiable, which can be considered as “source manipulation.” It should be noted that IORG has not yet found any direct CCP involvement in the dissemination of this narrative.

Another hot topic last week was “America donates 2.5 million doses of Moderna to Taiwan.” Between June 19th and 20th, the dates when the American Institute in Taiwan (AIT) announced the news on its Facebook page and the arrival of the vaccines, there were at least 899 related Facebook posts from Mandarin pages. Besides showing appreciation towards the U.S., narratives saying that “Taiwan uses arm purchase and semiconductor chips in exchange for American vaccines” were also observed, implying that the U.S. is driven by self-interest and ill-intentioned. Chinese state media Global Times has published at least 3 articles X-G3BD-KCFP X-G36D-GTAI X-G3VX-TKAA echoing the same narratives, writing that “there is no free lunch” and that “the U.S. is only using Taiwan as its pawn to confront the mainland.” The involvement of Chinese state media shows that the CCP intends to amplify these narratives, for internal propaganda, stability maintenance, or undermining Taiwan-U.S. relations.

2 suspicious narratives mentioned in last week’s Weekly: “U.S. company Blackwater invested in the R&D of Taiwanese vaccine UB-612” and “Taiwanese going to China to get vaccinated” continued to spread. IORG found more pro-China celebrities and local collaborators who participated in spreading these narratives. In an interview video X-G32F-Z7HQ with Wang Ping-chung (王炳忠) published on Xigua Video (西瓜視頻), a Chinese online video-sharing platform owned by ByteDance, former Taiwan legislator Chiu Yi (邱毅) claimed that “Blackwater offers personal protections to President Tsai Ing-wen”, and that Tsai wants to “use force to reject reunification” (以武拒統) and to “use force to plot for independence” (以武謀獨). Huang Chih-hsien (黃智賢), a Taiwanese TV commentator, wrote in a Facebook post X-G39C-HIXG that America uses Blackwater to conduct “human experiment” in Taiwan in order to “produce biochemical weapon that targets the Chinese”. Another TV commentator Sisy Chen (陳文茜) also said in her TV program X-G3CZ-AAHU that “The founder of Blackwater has registered a new company in Hong Kong” to “assist the PLA to train African special forces.” When combined with the emotional calling of “Taiwanese going to China to get vaccinated,” these suspicious narratives could change the perception and preference of vaccines among the Taiwanese public.

The famous content farm Mission (密訊) and its Chinese connection was revealed by The Reporter in 2019. Sharing of links from the content farm was banned by Facebook in the same year. However, Mission resurrected itself with a new domain “pplomo.com” and is alive and well. According to IORG’s database, between June 14th and 20th, there are 660 Facebook pages conducted “clustered posting”, and the domain most-shared among these clustered posts is the one of Mission, with a total of 101 links being shared in a short period of time. The Facebook pages that share Mission’s links the most frequently are: “Superwoman Blue Warrior” (神力女超人藍戰將), “Blue Sky R.O.C. Once More” (藍天再現中華民國), “Chinese Chat” (華人聊天), “Empty Tsai Government” (空心菜政府), and “Civilian Daily Life” (民間大小事).

The ever-changing nature of this pandemic provides opportunities for suspicious messages to exploit the worry, fear, and panic that we all have. False information, information manipulation, and sometimes conspiracy theories. IORG is here with you to stay alert, stay calm, trust in science, and fact-check actively. 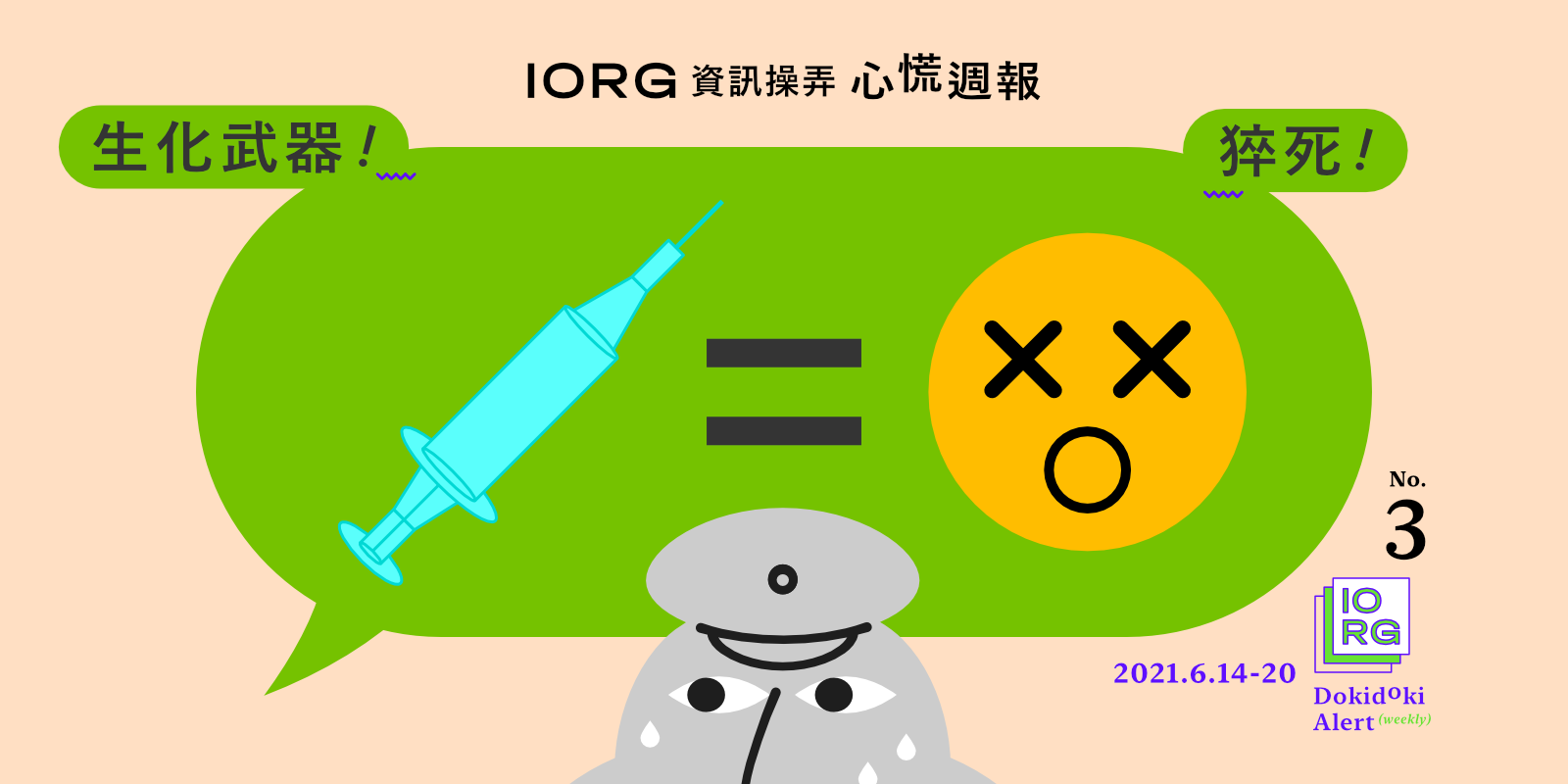