Last week, aside from the pandemic, CCP propaganda included reproaching the “DPP authority” for “creating disorder in Hongkong to plot for independence.” On June 24th, Hongkong’s Apple Daily was forced to close. A narrative appeared on Facebook criticising the DPP for “having double standards regarding the closing of Hongkong’s Apple Daily and Taiwan’s CTITV.” According to IORG’s database, there were 47 related Facebook posts between June 21st and 27th. The earliest post was found from the Facebook page of KMT Disciplinary Committee. Chinese state media Tong Shuo and pro-China content farm The Reacher echoed the same narrative.

Confirmed cases of the Delta variants in Pingtung County have attracted public attention and resurfaced the debate around universal testing for all inbound travellers (入境普篩). IORG has found 244 Facebook posts of this narrative between June 21st and 27th and 6 occurrences of “clustered posting,” sharing content such as articles from the content farm Mission (密訊) and Fong News (溏風報). In our last Weekly, IORG has referenced a report by The Reporter in 2019, exposing Mission’s Chinese connections and its “resurrection” with the new domain pplomo.com after being banned by Facebook in the same year.

Regarding Taiwan-made vaccines, 2 narratives have been identified in this Weekly – “Medigen vaccine production is like a home factory,” “An American-Taiwanese cockroach syndicate is manipulating UBI Asia’s stock for personal gain.” According to IORG’s database, the former narrative originated from a CTI YouTube video, which altered a video from CNN and added Chinese text overlay such as “failure to wear face mask during vaccine inspection,” inconsistent with the original report. This is an example of distorted content, a type of content manipulation. The later narrative originated from a Facebook post by Taiwanese commentator Huang Chih-hsien (黃智賢). The post is built on a previous suspicious narrative that “Blackwater invested in UBI Asia vaccine R&D” and further claims that there is “an American-Taiwanese cockroach syndicate” “manipulating UBI Asia’s stock for personal gain.” Chinese state media Straits Today (今日海峽) shared Huang’s post. 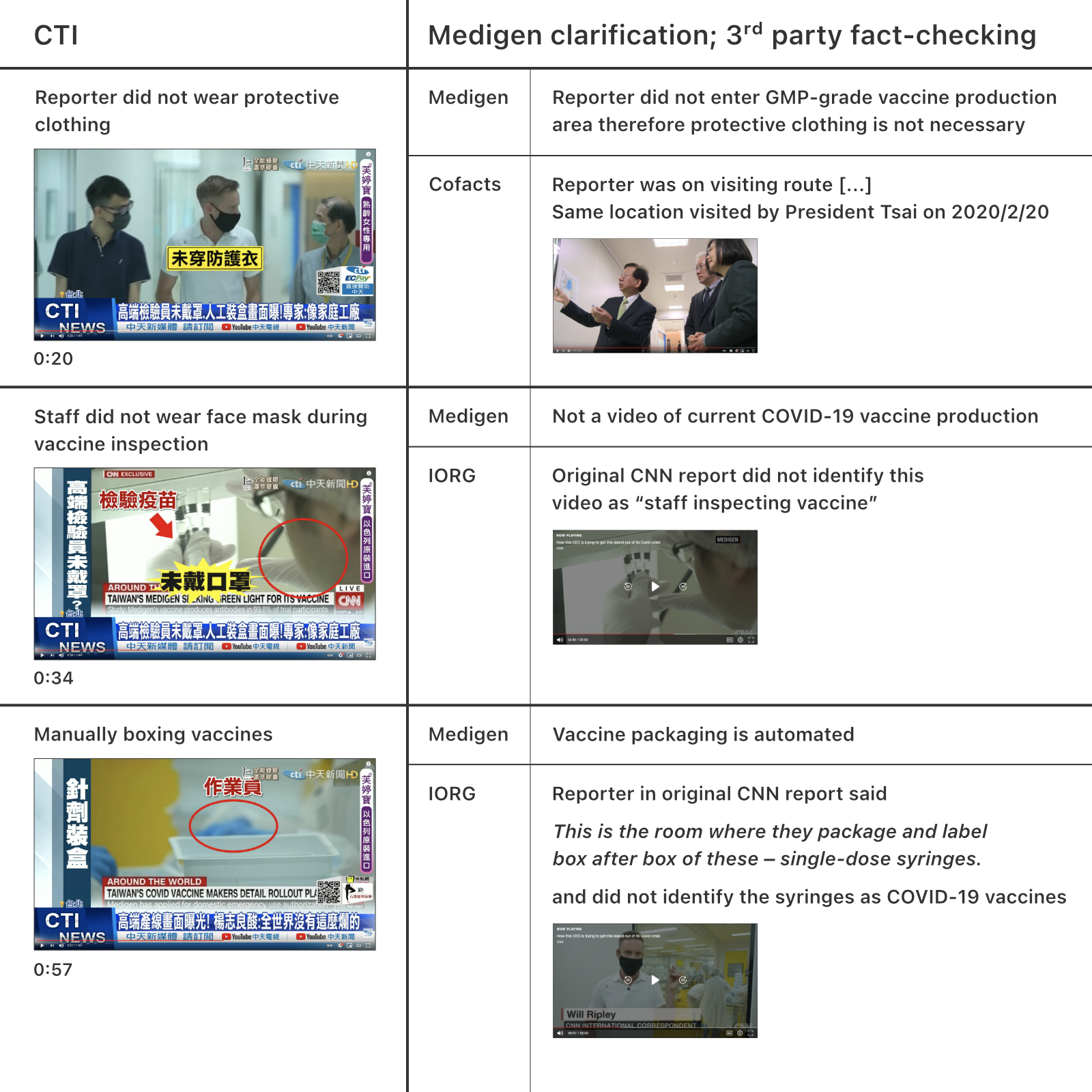 In Weekly No. 2, IORG has introduced the false narrative “Taiwanese pork products tested excessive ractopamine in Hongkong” initiated by Chinese state media Hongkong Wonweipo (香港文匯報), which might cause public concerns regarding Taiwanees pork and have an effect on the August referendums. In this Weekly, another false narrative targeting Taiwanese pork was identified. “Do not eat sick Taiwanese pork” was being spread with an audio file and a picture. This narrative has been verified by Taiwan Fact-check Center as false. 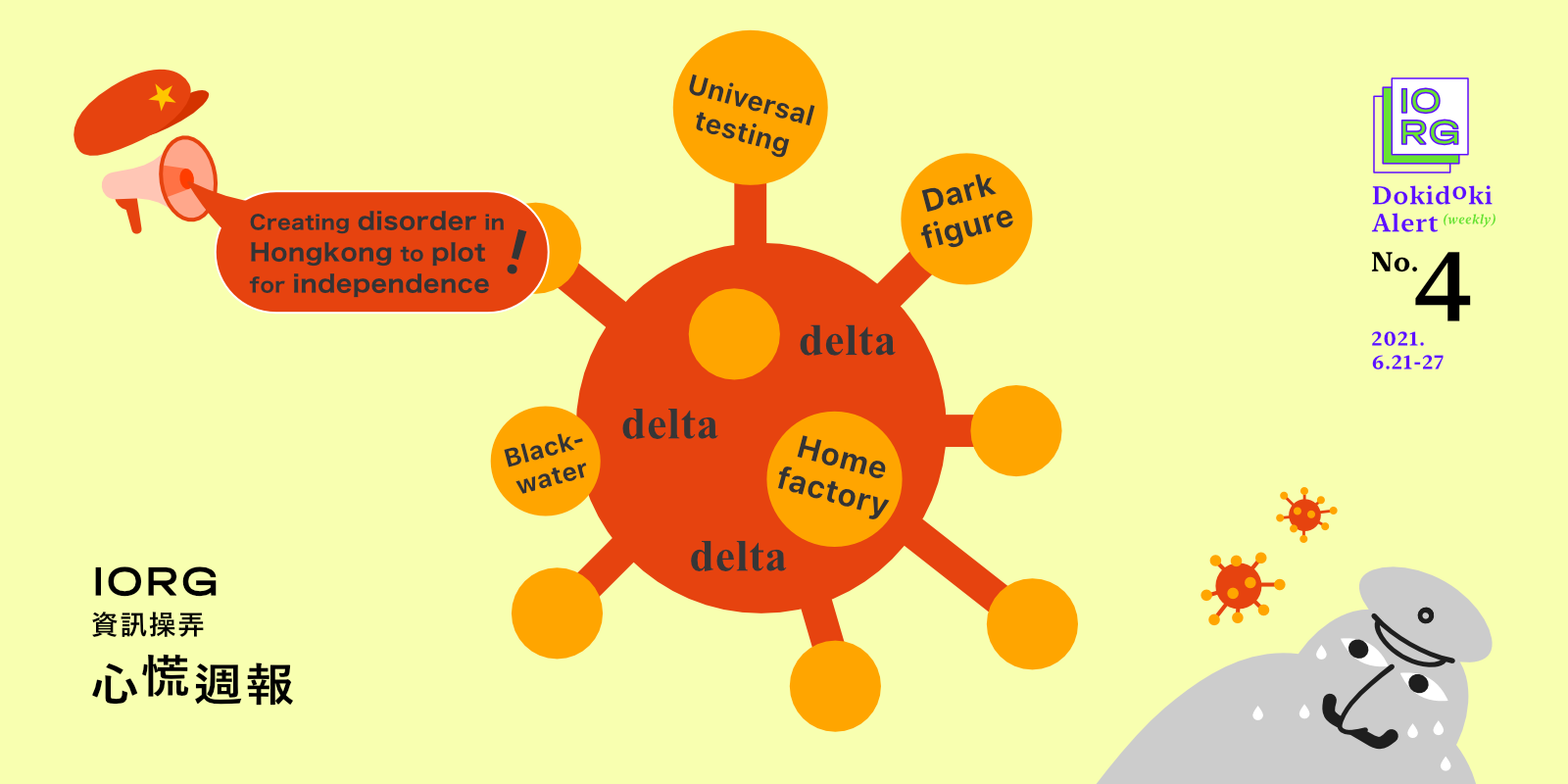