Against most outsiders’ expectation, Ukraine has so far successfully withheld Russian invasion and forced a once-thought quick war into its third month. Time is on Ukraine’s side as the mood is changing fast. Recently, Western leaders began to talk about a possible Ukrainian victory and how to accommodate a defeated Russia should such an eventuality occur. All these developments are being closely watched by Taiwan, an island country who is also under the threat of a more powerful and authoritarian neighbor, in this case, China.

Having close relations and diplomatic ties with both Russia and Ukraine, China has taken an ambiguous position regarding the war. On the one hand, China refuses to acknowledge or condemn Russia’s invasion of Ukraine. Beijing also refuses to impose sanctions on Russia, stating that the measures will only make the situation worse. On the other hand, it claims to support the sovereignty and territorial integrity of Ukraine, with whom it signed a treaty of friendship and cooperation in 2013.

Yet this seemingly fence-straddling stance of China should not fool the Ukraine government and its brave people into believing that China is not picking sides. IORG’s data research shows that China had been in effect spreading Russian propaganda and manipulative information related to Ukraine in Taiwan, and presumably in overseas Chinese communities, as early as last November. 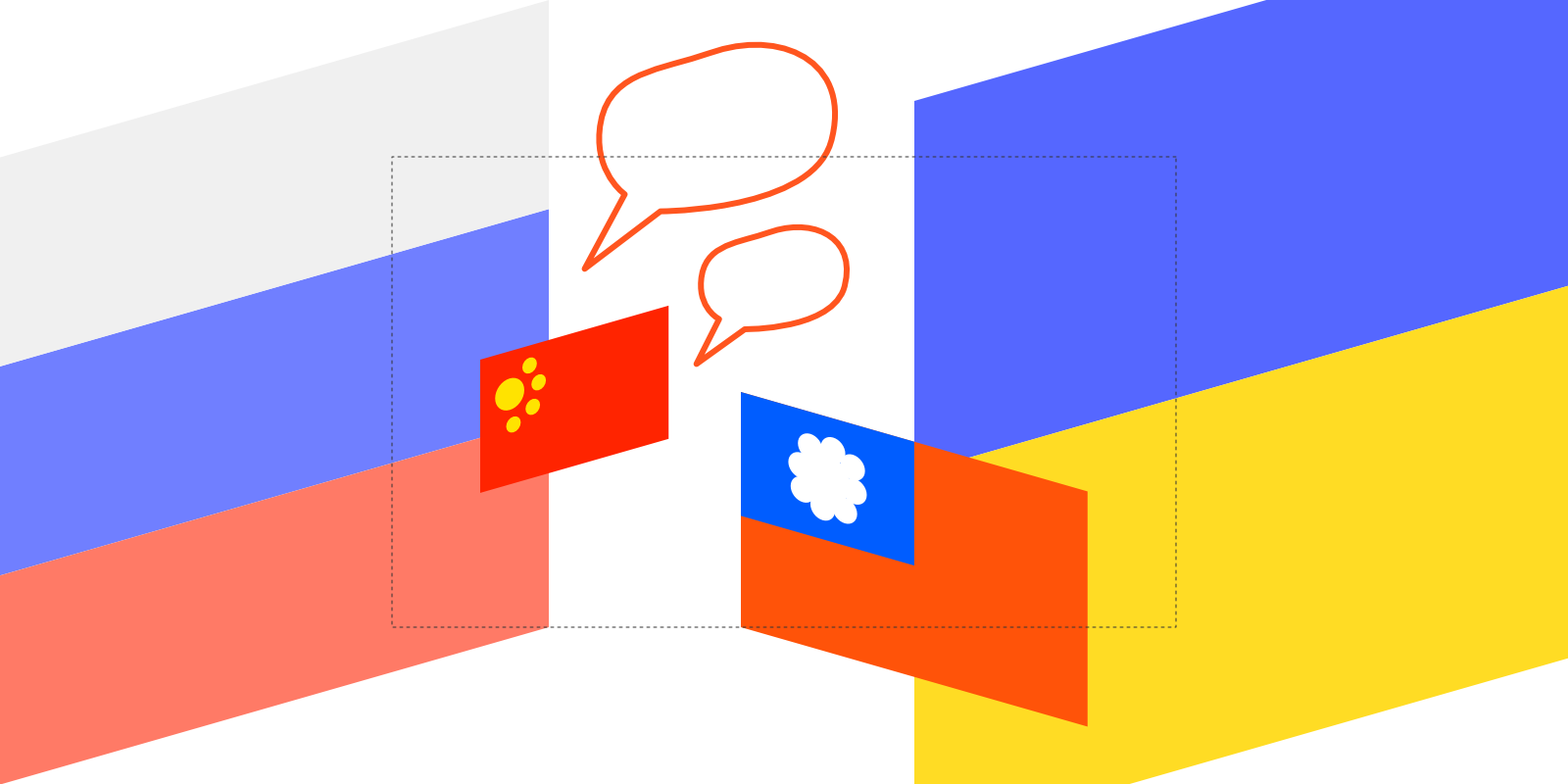 There are mainly two types of narratives that China was actively disseminating on the internet in relation to the war between November 2021 and February 2022: (1.) legitimizing Russia’s invasion of Ukraine and (2.) intimidating Taiwan. Let’s start with the first one, which echoes with the reasons Russia cited behind its decision to invade Ukraine.

IORG found numerous articles published by Chinese state media Taihai Net (台海网), as early as the beginning of November 2021, spreading the narrative that the US and Ukraine have been provoking Russia. These articles often cited Russian state media like TASS and RIAN as their sources, and thus took a more pro-Russia angle when presenting their stories. On February 23rd, the day before the invasion, PRC Foreign Ministry Spokesperson Hua Chunying (华春莹) also adopted this narrative and accused the US of “bringing oil to fire” (火上浇油) by sending weapons to Ukraine. There were at least 25 groups of Facebook pages sharing this narrative in clusters, signaling possible coordination behind the spread of this narrative.

Second, two narratives spread by China found in Taiwan’s information space tried to link Ukraine with Nazism. For example on November 15th 2021, Taihai Net (again) reported that the US and Ukraine voted against a UN resolution “condemning the glorification of Nazism” while praising Putin’s “history lessons” in an effort to “resist Western attempts to rewrite the history of the Second World War”.In addition, after the war broke out, Chinese state media Wenweipo (文匯報) published an article asserting a unit of the Ukrainian National Guard “Azov Battalion” had participated in “black violence” during Hongkong’s pro-democracy protests in 2019, and that the group is one of the Neo-Nazi groups that “have received training from the CIA since 2015.” These two narratives present to the reader a divided world where the US, Ukraine, and Hongkong democracy activists are pro-Nazism, and Russia and China are fighting against that.

Finally, IORG noticed a narrative, also spread by China, claiming that Russia has the right to attack because Ukraine is conducting “derussification” and neglecting the rights of its Russian-speaking citizens. For example on December 16th 2021, an op-ed published by Huanqiu Net (环球网) stated that the US has been promoting “derussification” in countries like Ukraine, Georgia, and Kyrgyzstan, escalating friction with Russia.

Another type of China-propelled narrative regarding the war aims at intimidating Taiwan. Here, the most common phrase is “Today Ukraine, Tomorrow Taiwan.” Despite the similarities and differences between Taiwan and Ukraine, Chinese outlets have used this phrase to draw the conclusion that Ukraine and Taiwan are both “pawns of the US”, that Ukraine “has been abandoned by the US”, and Taiwan will be abandoned, too, eventually. Multiple Chinese state media have published articles disseminating this narrative, examples include Taihai Net, taiwan.cn (中国台湾网), and HKCNA (香港新聞網). Clustered sharing of this narrative on Facebook could also be observed.

This is not the first time that Chinese state media has made such a claim. When the US military retreated from Afghanistan in August 2021, the slogan “Today Afghanistan, Tomorrow Taiwan” appeared in Taiwan’s information space. At the time, IORG had observed narratives claiming that the US will abandon Taiwan, the US does not have the strength to protect Taiwan against Chinese aggression, and that the US is the source of chaos and war in the world. Chinese state media participation in spreading these narratives were evident. (See more in IORG’s report.)

Among the aforementioned narratives, spread by China in Taiwan’s information space, it is perhaps not too surprising to see the US being criticized in every one of them. A weaker Taiwan-US alliance is certainly beneficial to China’s goal of annexing Taiwan. At the same time, evidence has shown that China is also undermining Ukraine, attempting to sway public opinion, effectively aiding Russia in winning the battle of narrative in Taiwan, and presumably in overseas Chinese communities, at a critical moment when Ukraine is fighting an existential war against Russia.

When Ukrainian President Volodymyr Zelenskyy pleaded for global support in the name of upholding freedom, democracy, and the right of self-determination, we the Taiwanese people cannot resonate more. That is why in the early days of the war, the people of Taiwan organizeda great many events in support of Ukraine, donated more than 31 million USD in solidarity, and our government joined our western allies in imposing sanctions on Russia.

One hard lesson we the Taiwanese people have drawn from our history is to never trust an authoritarian regime, which aims to subjugate and dominate, and its damage to a nation, even overturned, can last for decades. Perhaps this can be one more commonality, a lesson shared among the people here in Taiwan and the people of Ukraine. IORG hopes that our research sheds light on what China has been doing behind Ukraine’s back.We remain hopeful that Ukraine and Taiwan will soon enjoy a brighter, more democratic future, together.

The term “China” used in this article refers to the government controlled by the Chinese Communist Party, and the media outlets under its ownership, control, or influence.

This article was translated into Ukrainian by Bohdan Myronenko for Ukraine+Taiwan Forum, an independent Ukrainian advocacy platform aimed at strengthening relations between Ukraine and Taiwan.