For the past 5 months, narratives of the COVID-19 pandemic and vaccines have been reverberating in Taiwan’s information space. To gain a more holistic understanding of Chinese information manipulation and propaganda against Taiwan, IORG has built IORG China Watch, collecting articles and social media posts from Chinese government agencies and state media outlets. IORG Research Method

38 out of a total of 52 narratives in volumes 1-10 concerns COVID-19 vaccines. Our observations are that:

Among the 38 vaccine narratives, IORG has selected 10 for further studies. Selection of each narrative is based on that one 1. can be clearly defined by a set of query conditions, and 2. has known CCP participation.

According to IORG database with the addition of IORG China Watch, these 10 narratives exhibit these characteristics between April 1st and August 31st, 2021, as listed below:

Given a specific topic within a specific time period, a sentence is labeled “from CCP” when it was first published by a Chinese state agency or state media listed in IORG China Watch.

From articles and posts, sentences are broken down with a custom set of rules. See IORG Research Method for more.

Research on attributing narratives is much limited. IORG presents findings based on data research of specific content, time period, within the scope of IORG database, with open research methods, and supported by verifiable evidence.

The “source” or “initiator” of a narrative can be more than one. 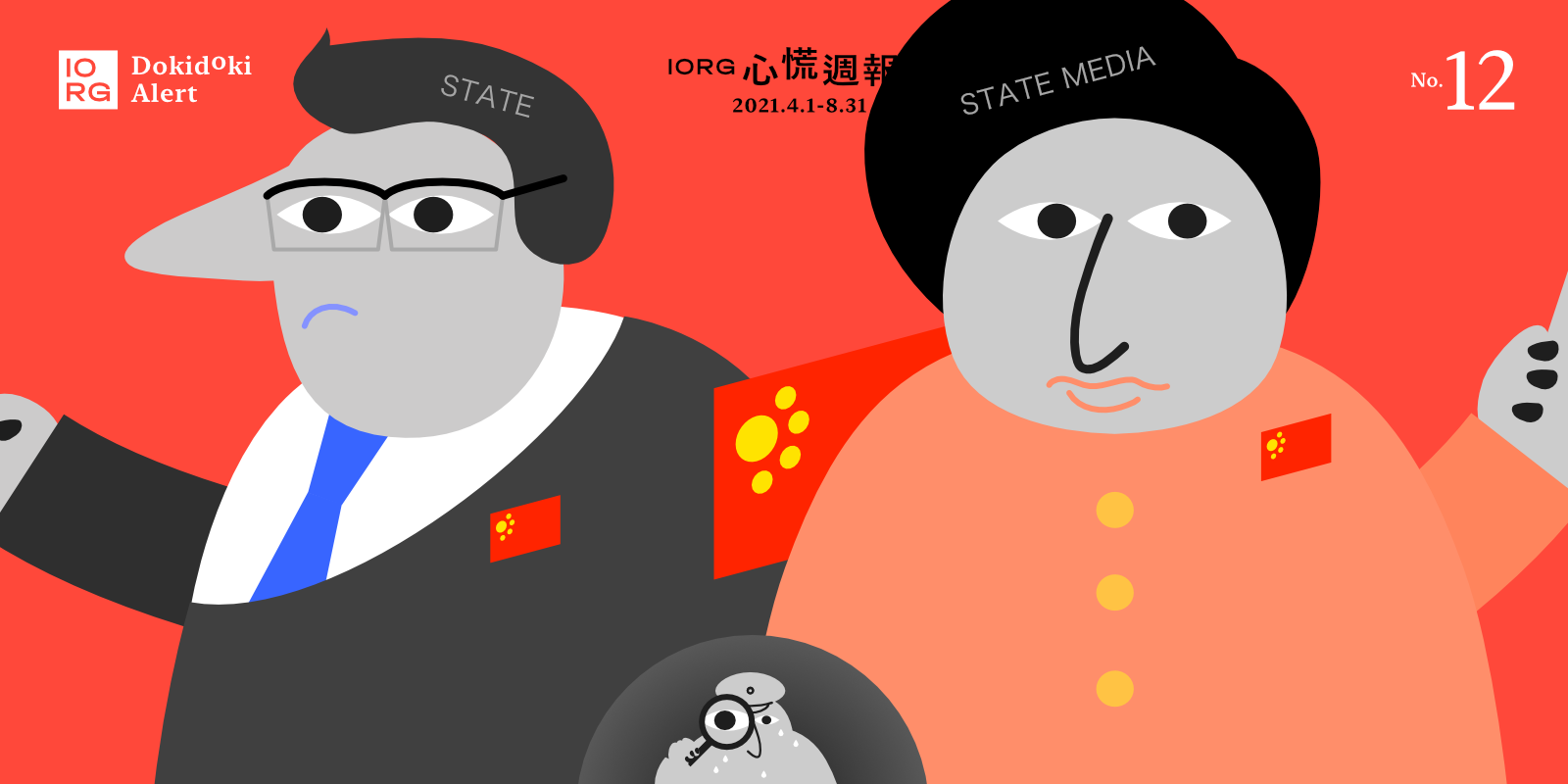 Full version of this Dokidoki Alert is available in Taiwanese Mandarin. Please visit https://iorg.tw/da/12 for more.